It all starts with a few seeds. Some grow well, some don’t, and some come to define their era. As the first deliberately bred malting barley variety, Plumage Archer was not only the defining malting barley of the first half of the 20th century; it also shaped the future of barley breeding.

Ever since barley cultivation began millennia ago, growers picked out the best-looking ears in the crop and used the seeds for future propagation. Through this method, landrace barleys like Chevallier and Haná naturally evolved with their environment, adapting to suit the land in which they grew.

PAVING THE WAY FOR MODERN BARLEY DEVELOPMENT…
Despite advances in plant genetics through the 19th century, it took until the turn of the 20th century for scientists to successfully cross-breed barley varieties. Dr Edwin Sloper Beavan, agriculturalist and botanist, made the first serious investigations in Britain, setting up breeding experiments at Warminster in Wiltshire.
One of his breeding crosses combined Plumage, a broad-eared, high-yielding Danish barley of excellent quality, with Archer, a short straw, short neck English landrace barley. The combination was outstanding, as was Beavan’s achievement: by creating Plumage Archer, he pioneered modern malting barley breeding.
Plumage Archer was bred in 1905, with commercial crops following in the next few years. It grew as a broad-eared high-quality barley with relatively short stems, which helped protect it from winds and storms. It offered high yields to farmers, excellent grain to maltsters, and it could be grown in more diverse soil than Chevallier, the popular malting barley at that time.
A STURDY COMPANION FOR ALES
Chevallier and Plumage Archer malts were the foundation of British ales for many decades. Chevallier’s marmalade and deep malty flavour, and Plumage Archer’s subtle sweetness and light fruitiness offered brewers different qualities for different beer styles. Chevallier was a rich character in malt-forward beers and Plumage Archer a base for highly-hopped styles.

Chevallier’s wonderful flavour and malting characteristics were undermined by its weak straw and tendency to fall, or “lodge.” This led growers to ultimately replace it with Plumage Archer and another newly bred variety called Spratt Archer. Those two varieties came to account for some 80% of the English malting barley crop by 1940.

This coincided with how beer styles were also changing at that time, turning from darker, stronger, matured ales, like Porter and India Pale Ale, to lighter, fresher ones, like Pale Ales and Milds, making Plumage Archer a natural choice for the beers being brewed.

Because of Plumage Archer’s success, the Plant Breeding Institute used it to breed new varieties, and it’s passed on its genes to many celebrated barleys, including being a grandparent to Maris Otter. But as is the way with crop breeding, the new barley varieties, with even better agronomics, began to replace the old ones, and Plumage Archer began to disappear by the early 1960s.

WHAT OUR CUSTOMERS SAY

We have recently used Plumage Archer malt in a 3.7 % English Pale Ale brewed with Jester & Archer hops and a 4.0% Blonde brewed with East Kent Goldings. Both beers had a light sweetness of flavour with a hint of peach coming through. The Plumage Archer malt enhanced the mouthfeel but also allowed the hops to shine through without being too heavy. We were impressed with the product and plan to use it in further brews.
Les O’Grady, Director & Head Brewer, Neptune Brewery

Our interest in the quality of new malt varieties also makes us curious about the old ones and their potential for brewers today. Given Plumage Archer’s standing as a malt of choice for the first half of the 20th century, we began working with the John Innes Centre (which holds seeds from thousands of barley landraces and varieties in its Genetic Resources Unit) to bring the barley back. 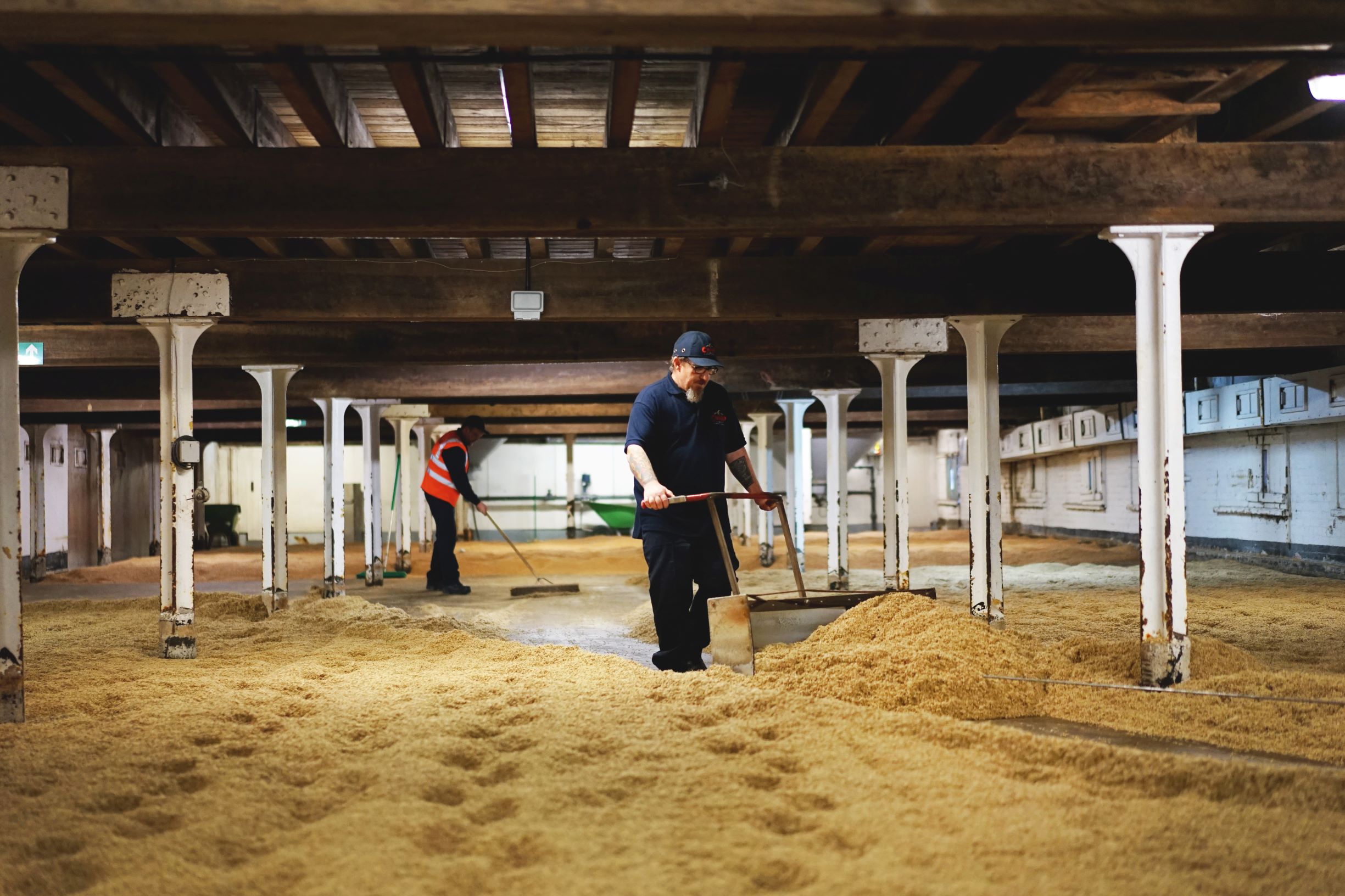 In 2018, Plumage Archer malt returned to breweries. To maintain its traditional way of production, we floor malt it in our No.19 floor maltings which have been in use since before Plumage Archer even existed. The slow, careful and manual process of floor malting, where the grains are turned by hand, brings us the classic qualities of this famous British malt.

Plumage Archer is a distinctive yet subtle barley. It gives beers a clean and crisp finish, while the malt imparts a gentle grain flavour, giving more caramel and sweetness in stronger beers, and a pleasant fruity aroma of apricots and pear, and so while it’s a heritage barley that can bring authenticity to traditional recipes, it’s also the ideal base malt for hop-forward beers, whether a Golden Ale, a Pale Ale or a Hazy IPA. The malt’s fruitiness, plus a nice underlying grassiness, also makes Plumage Archer an excellent choice with Sours, Fruit Beers, Saisons and Mixed-Fermentation beers––it’s a great all-rounder of a malt.

It all started with a few seeds and the curiosity to ask: what if we started growing Plumage Archer again? As one of the world’s most important brewing barleys, it created modern breeding programmes and defined British ale for many decades until it was ultimately replaced by new breeds. Now its distinct characteristics have returned, and Plumage Archer malt is great for a wide range of beer styles.

Want to find out more about this malt? Read more about Plumage Archer Malt, its flavours, as well as some recipes our brewers have put together. If you would like to talk to any of the team about the malt, please get in touch, and one of our team will get back to you.

HERE’S A TIP FROM OUR BREWING EXPERTS

Plumage Archer malt, in contrast to Chevallier has enzyme levels more in keeping with a modern base malt. Aim for a low mash temperature to fully attenuate or mash at a higher temperature and shorten the stand to provide plenty of body and residual dextrins in a bold, fruit forward hazy IPA.